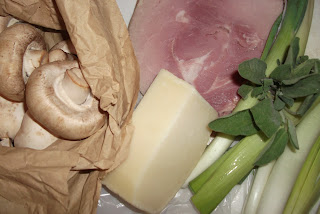 This recipe is a real comfort food dish - full of lovely homemade potato dumplings with a sauce destined to work with it - ham, leek, mushroom and cheese....how can you go wrong?!  This would be great too with some wilted spinach, caramelised onions, bacon....

The gnocchi surprised me at how easy they were - OK, so there were a few lumps in the mash and
presentation is not my strong point (as the photos will prove)....but in spite of this they were delicious, light and really easy to make.

It is really worth the effort to make the gnocchi yourselves - but if you don't want to a shop bought pack of pre-made will do just fine in this recipe. 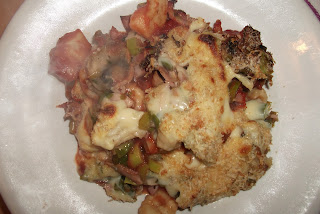 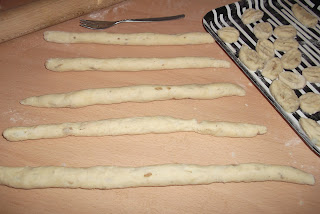 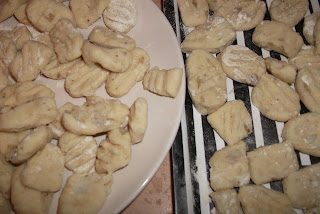 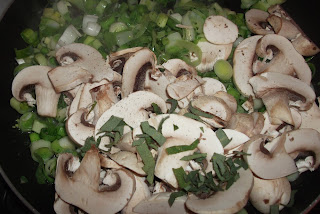 bechamel cheese sauce:
.....and to put it all together: 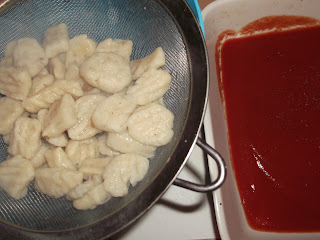 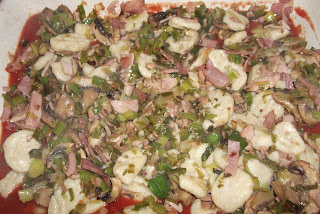 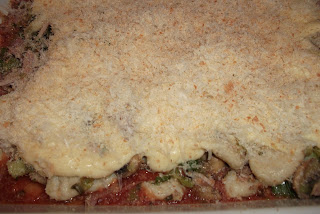 I served this with a nice glass of red wine and some crusty bread. Buon Appetito! 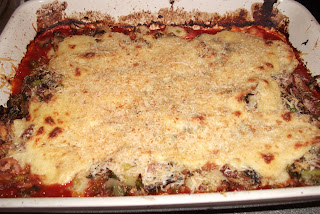